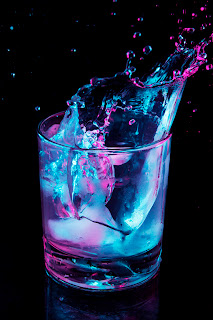 I've been meaning to try and do some digital painting (which I've never really been that good at). I thought I'd give it a go and one night I got sucked into a time vortex and did this. Of course I went with what I know, so this is another self-portrait (yes it's a bit narcissistic but some of the greatest artists were too :P ).


I used a reference photo of myself to do this, and also decided to draw on the colour scheme of a photo I found very interesting. Here's the reference photo for the colour (left), and the result. It's still a bit of a WIP, though I'm not sure where to go from here - open to critique!! Overall I'm pretty with what I've done on it so far. 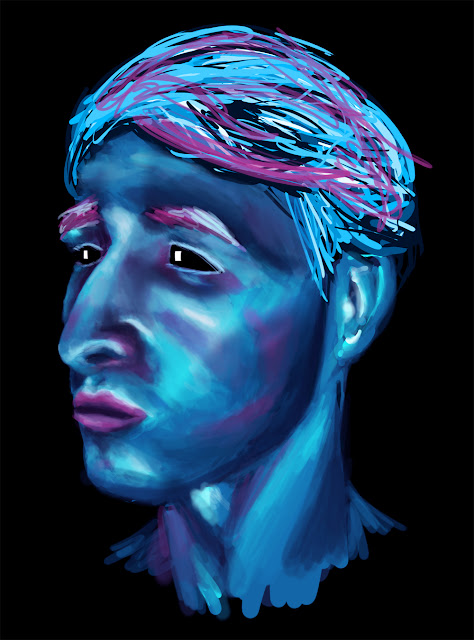 I've been doing a little study into simplifying people's forms into minimal geometric constructions. Mostly the face to begin with but also the body somewhat. Just playing around with style really. 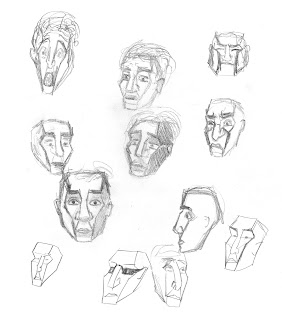 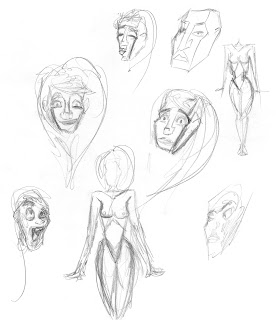 I'm trying to put together some fun designs to submit to Threadless... these are still very much WIPs but this is some posing I've drawn for one of my ideas. 10 points if you get what this is a pun about. 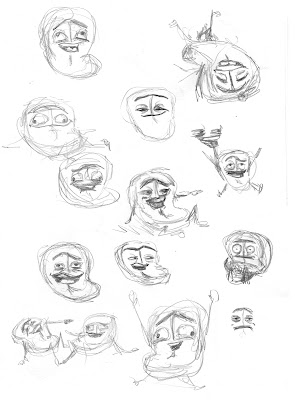 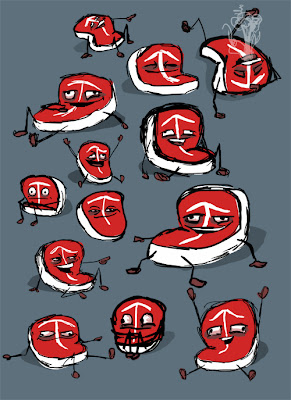 New sketchbook, new self-portrait. Here's my first one in profile! 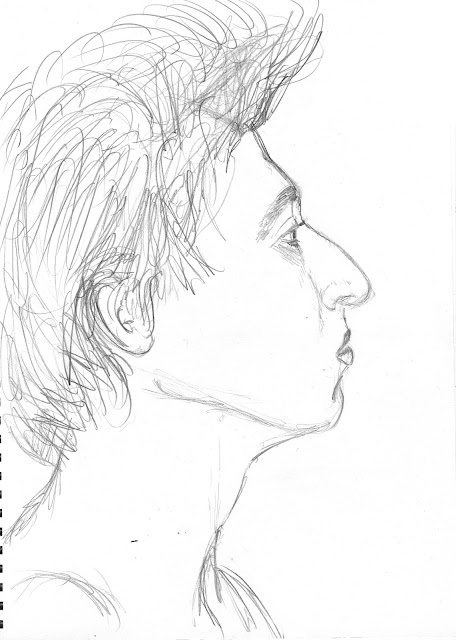 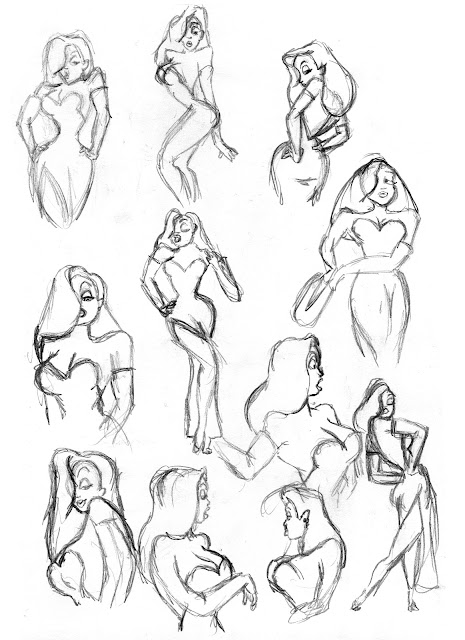 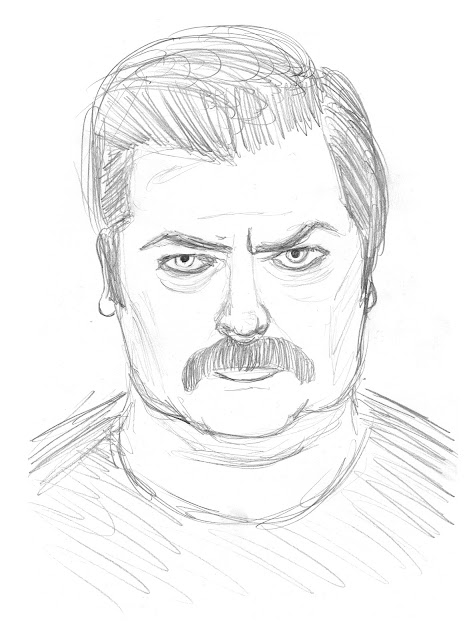 Figure drawings - for progress reference. Still have a long way to go. 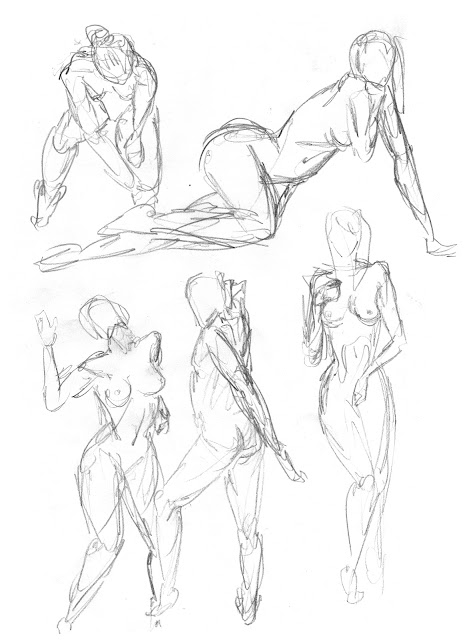 
Hercules from the Disney movie. From reference. 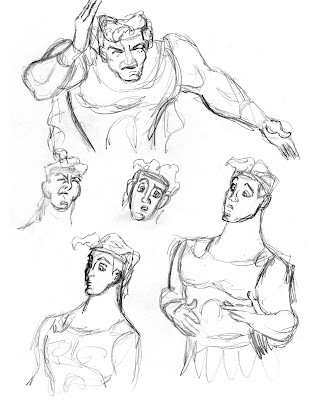 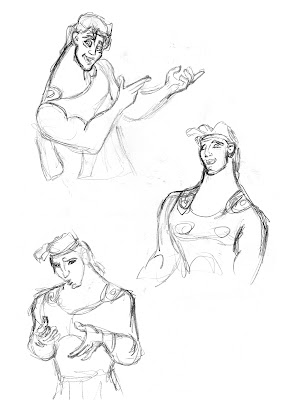 Disney's Lilo. She was a really fun character to draw (from reference) - interesting stylisation and proportions. 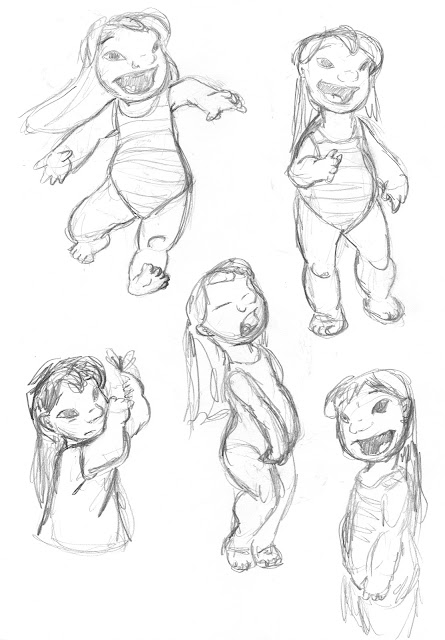 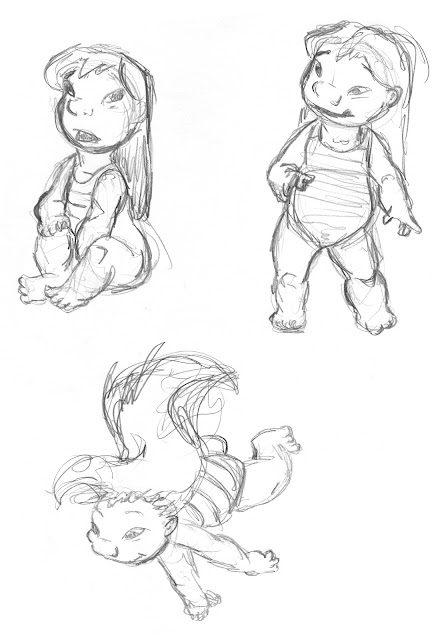 The best boss I ever had 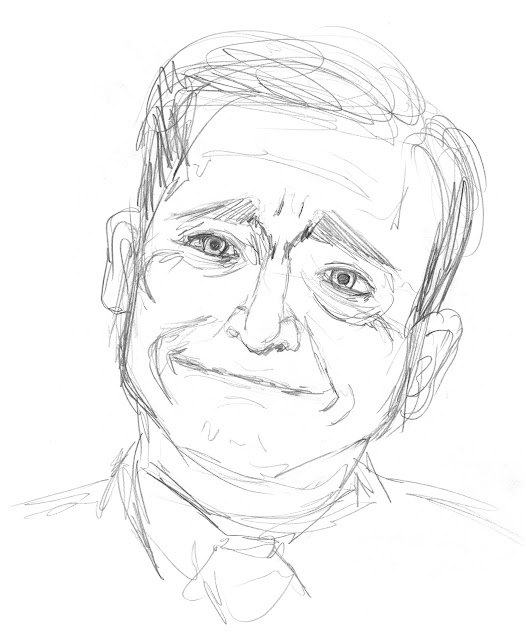 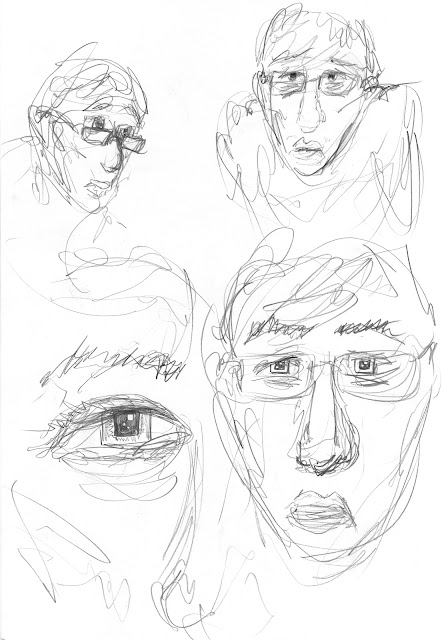 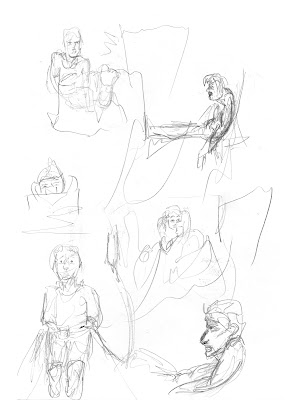 It seems it's been more than three months since I last posted anything... time to get back on the wagon methinks. I'll start from where I left off...

These drawings are from a week after I had my appendix spontaneously removed. I was stuck at home for a week pretty much immobilized, and after a solid week of sitting in front of the TV I was all couch potatoed out. This is my best attempt at illustrating how it felt.

After more than a year's hiatus from entering the 11 Second Club, I finally got around to entering again in August 2012. I thought I'd put up how I progressed through the shot with several WIPs and a bit of commentary. First off, here's the finished rendered clip (it's in HD if you can be bothered blowing it up).

Now for how I went about animating it. Firstly, here is a (TERRIBLY drawn) 2D WIP I started with using Flash. I find drawing directly into Flash incredibly difficult, because it likes to modify your strokes and smooth them, so please excuse the awfulness of the drawings. I just needed it as a very rough guide on timing for the poses (I'd also shot reference of myself, but I'm not putting that up here :P )
Next step was taking it into 3D (I used Maya), staging out the camera and set, then blocking out the poses using stepped tangents, and no inbetweens.
Then I added keys for spacing between poses, and used basic plateau tangents between them without any editing of the curves - for a better sense of timing. Obviously it's still missing some more detailed poses but they came later.
Here's where I began tweaking the curves of the body. There's no overlapping action yet, but I played around with moving holds etc. to start giving this character some life.
From there I continued on to some finer details of the shot; hand poses are now blocked, as is the lip-sync and facial animation (without any curve manipulation yet). The lip-sync is just jaw flapping and mouth pulling in and out, so some of the sounds don't sit right yet (eg. the letters V and F)
Then, a bit more polish to the body animation, and a lot more polish to the face and hands. The lip-sync has been focused on as well to sell each word more convincingly.
Lastly, final polish of everything, adding costume & makeup and setting up the environment and lighting for render. From here I did a pretty simple comp in After Effects to give a bit more appeal to the shot.
So there you go... a bit of insight into my animation process. Voting closes tomorrow so fingers crossed I place decently! :) 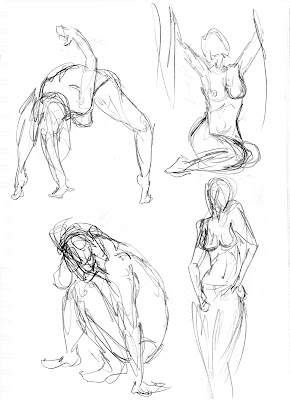 Most of August I didn't end up drawing much, because I was busy animating my entry for the 11 Second Club competition. So when I finally got back to it after a few weeks of no drawing, I was glad to find I wasn't too rusty. Here's just a page to track my progress. 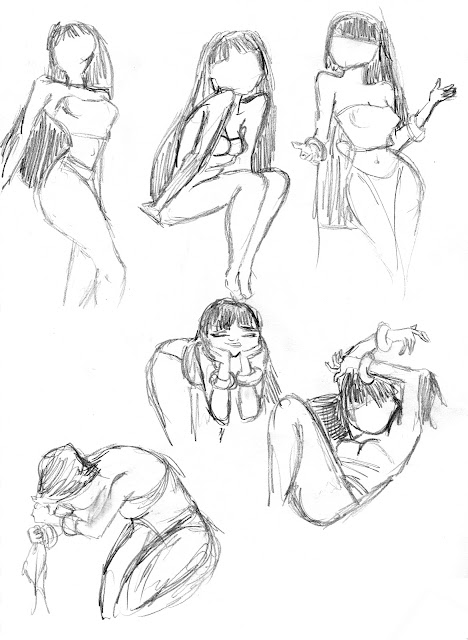 Next from Road to El Dorado was Chel; again from model sheets. It was particularly interesting drawing her because her proportions were much more voluptuous than the Disney female characters I've given a go drawing. 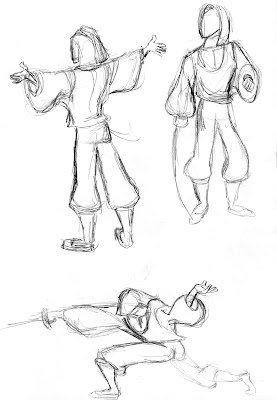 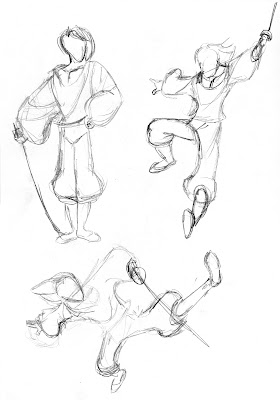 Watched Road to El Dorado and wanted to draw some of those characters. Started with Miguel, using some model sheets I found. 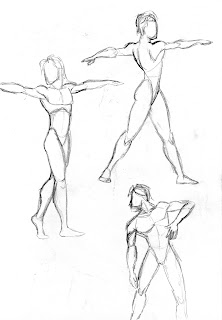 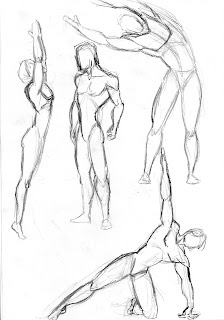 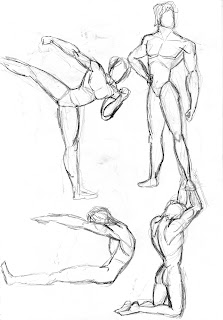 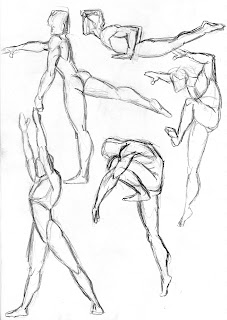 Found some awesome model sheets of Flynn Rider from Tangled, which was a perfect illustration of the anatomy of a stylized character. Probably the best animation reference I've found; wish I could get my hands on this kind of reference for a whole lot more characters! I'll keep searching. 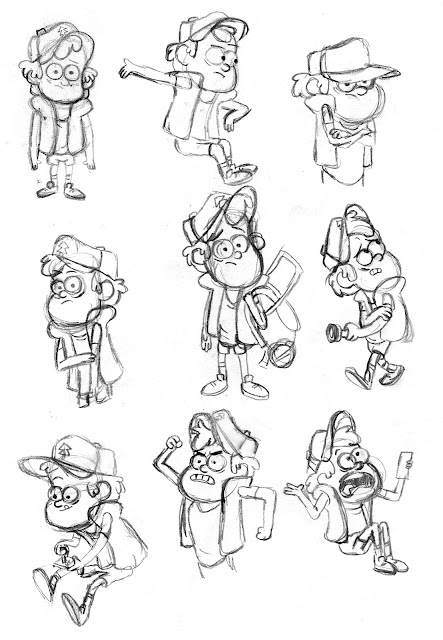 So after drawing Mabel Pines I gave Dipper a go as well. Also from some model sheets I found on the web. 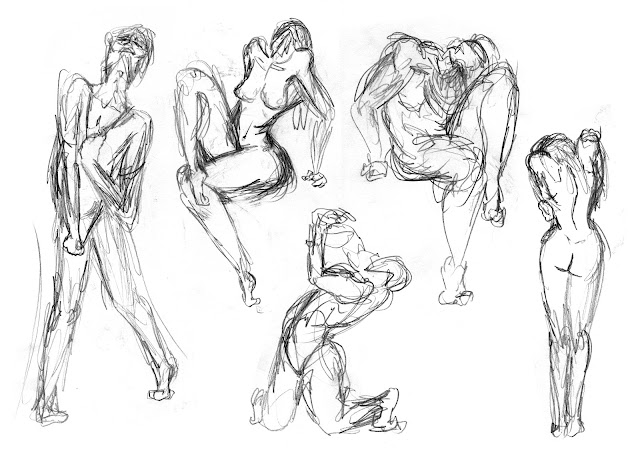 I've been working on a dance for a little while, set to tarantella music, about encroaching fear & suffocation. Was struggling a bit to wrap my head around it so I thought I'd draw some poses that I thought represented it well...

I thought I'd just write a little about how I'm feeling with my progress...

As with any skill it takes a lot of time and effort to improve dramatically, and as much as I'm feeling gradually more confident in my drawing ability I still feel like I'm nowhere near where I want to be.

BUT I try to remind myself to step back and look at what I'm doing; my 7 year old self would be amazed that I can now draw Mickey Mouse like in my previous post.

So yeah, I've a long way to go but got to take it in baby steps.

Patience and persistence is the key. 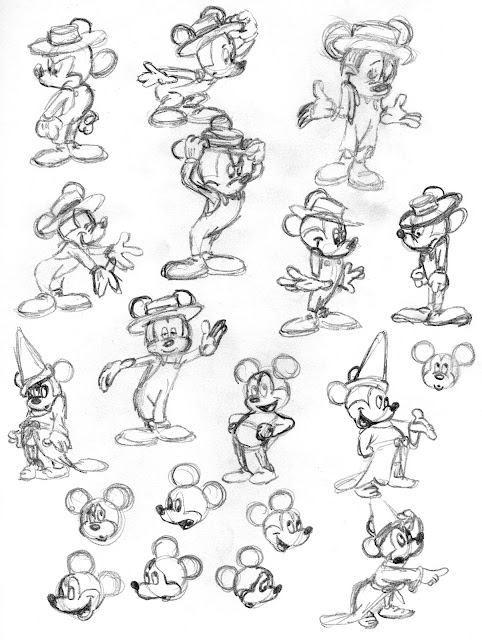 Like the drawings from Gravity Falls it took a few tries to get into the right style and proportions but I think towards the end I was getting pretty decent. I'm particularly happy with the pose on the very right, second from the bottom.